Bishop Nyarko has been called to glory and since then matters around his health and lifestyle have been rising.

In an old viral video, a group of Kumawood actors led by Big Akwes, complained bitterly about how the mother of the late actor has refused to allow them to reach out to their sick colleague.“He has visas and we can help him travel abroad for treatment but why has his mother locked him up to die?” Big Akwes asked. 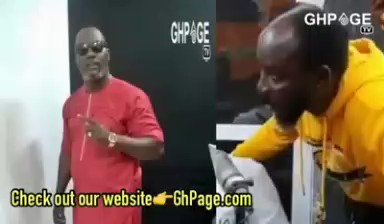 However, in his last interview with Ghanaian blogger, Zion Felix, shared today, the late actor said “it’s not true … he called me once and didn’t get me so he was bold enough to go out there and say this. Excuse me, at my age can my mother keep me away from seeing people? I have authorized her that I don’t want anybody around her”

The actor’s sudden demise has been confirmed by close industry friends. He passed on last night, 2nd May 2020. Hitz FM presenter, Andy Dosty, speaking on Bishop Nyarko’s death on the radio said: ” the actor passed on after a short illness”.

Watch his last with the blogger about his situation in the video below.

YenMotion is your number source for crystal clear sound and authentic News
Contact us: admin@yenmotion.com

Tiktok Is collapsing The Music Industry Rather Than Promoting It –...

Responding to Amerado’s diss song will only waste my time –...